What is it of the small world of wonderful modeling that inspires us? The sense of scale, the sense of filigrain. The intricate stories these little reflections of our real world tell you and me.

As kids. You, like us, you too, may have looked forward to the dark days of the year. Those days of the year when shops furnish their windows with their holiday displays filled with dioramas and models, to charm your eyes. Days, at your favorite locations, where wonderful worlds emerged of modeled snow mountains, houses, trains and presents, just in front of you. Only a sheet of glass separated you from literally stepping into that world which suited your dreams.

Also, both of us, we have strong remembrances to museum exhibitions in which models were part of the exhibition. Dioramas that narrated to you in a visual way, applying to your sense of touch. Miniatures of the world around you. Models for example, that show you how vulnerable a nation like the Netherlands is to flooding. Dioramas of a fictional world that tell you the visible side of the books we all love(d). Additionally, stories like ‘Alice in Wonderland’, or other lesser known adventures from your childhood, written in English or Dutch. Your rabbit hole visually told to your eyes, without the defining restrictions of language.

Yes indeed, there always are many of your worlds, small and big, to wish for

A shy eye in the world of wonderful modeling

To start with, most of you love dioramas, models and model making. Although, a shy eye might overcome you too, when you admit you do indeed love them. Maybe that’s because model making is mostly seen as something childish, or at best as part of child play.

However, model making has a side of significance which you too may often forego. Especially when your presumption remains in it just being play. On the other side, model making is serious business where it depicts the dreams and plans of architects and designers. Or, of the ‘architect’ and ‘designer’ amateurs you consider yourselves to be. Following, most model makers are very serious about their model making, they often lift their small works of art beyond the perceived scope of a hobby and most certainly, beyond the assumed realm of child’s play.

At the local library, which I, when I was a kid, frequented regularly. Entire annum of bounded model magazines could be found. To me, it opened a whole new world and perspective on model making. Where my train set was by then still a toy, the articles in those magazines showed me guys (mostly guys) building models from scratch. To my amazement there was a much larger model railroading world out there.

This tiny world of all kinds of details, made by hand, made by my hand, made by your hand. Sometimes made by you as a fantasy, sometimes as an actual depiction of your real world. A world in which modellers. people like you and me, go as far to construct their own rails and rolling stock. What struck me was how dead serious they already were in the 70s and 80s. So, way before YouTube and other contemporary platforms emerged for our eyes, on which these modellers tell their instructional and educational stories. At that time they mainly showed their attempts to construct their particular view of the world in scale, through magazines and books.

Today, the internet provides you a whole different perspective. The web is a floor where you can find tons and tons of information, educational videos, pages to inspire you. It’s up to you to follow your dreams and inspiration and step into that beautiful world of modeling.

A 3D drawing of a shed 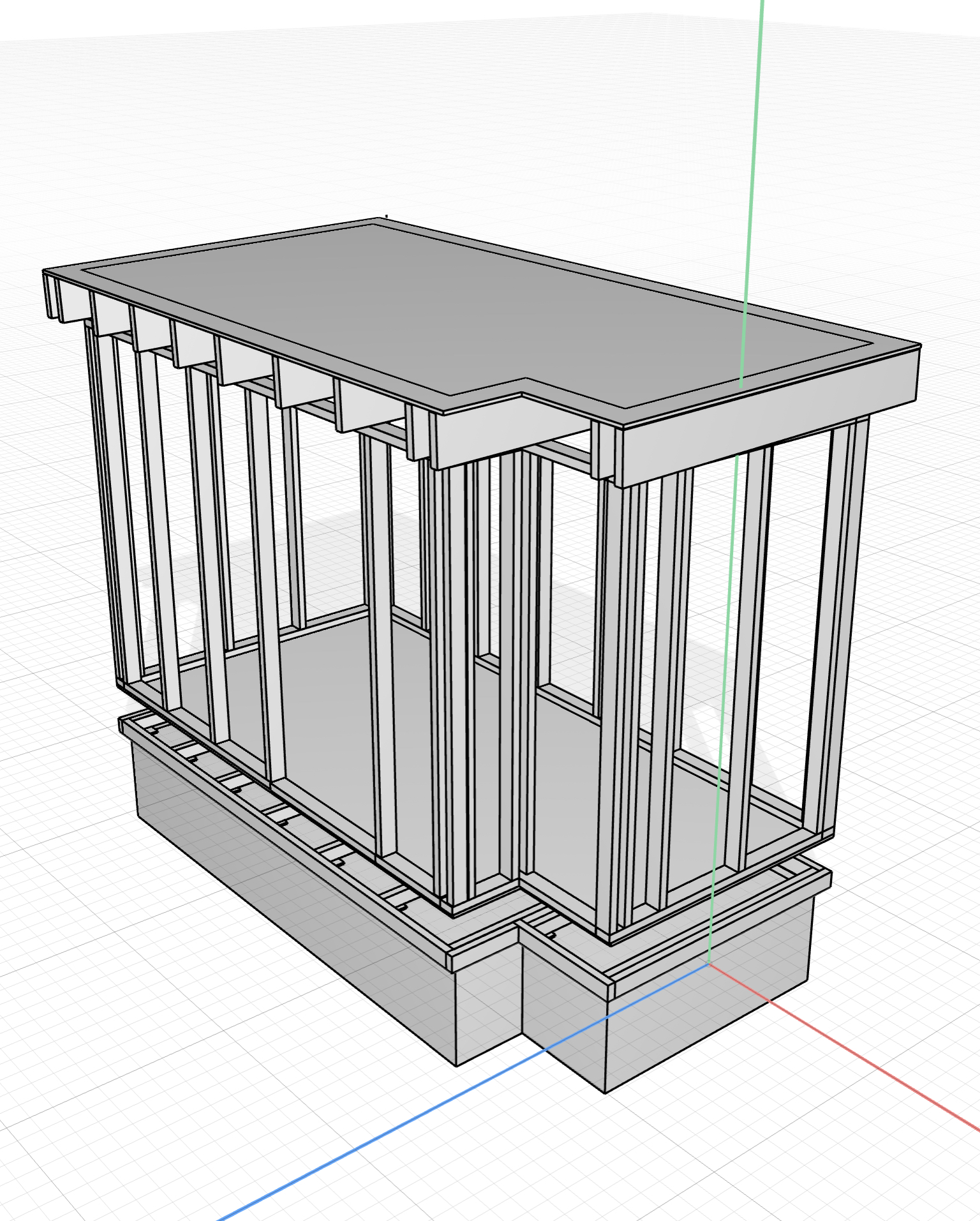 A 3D model of a shed 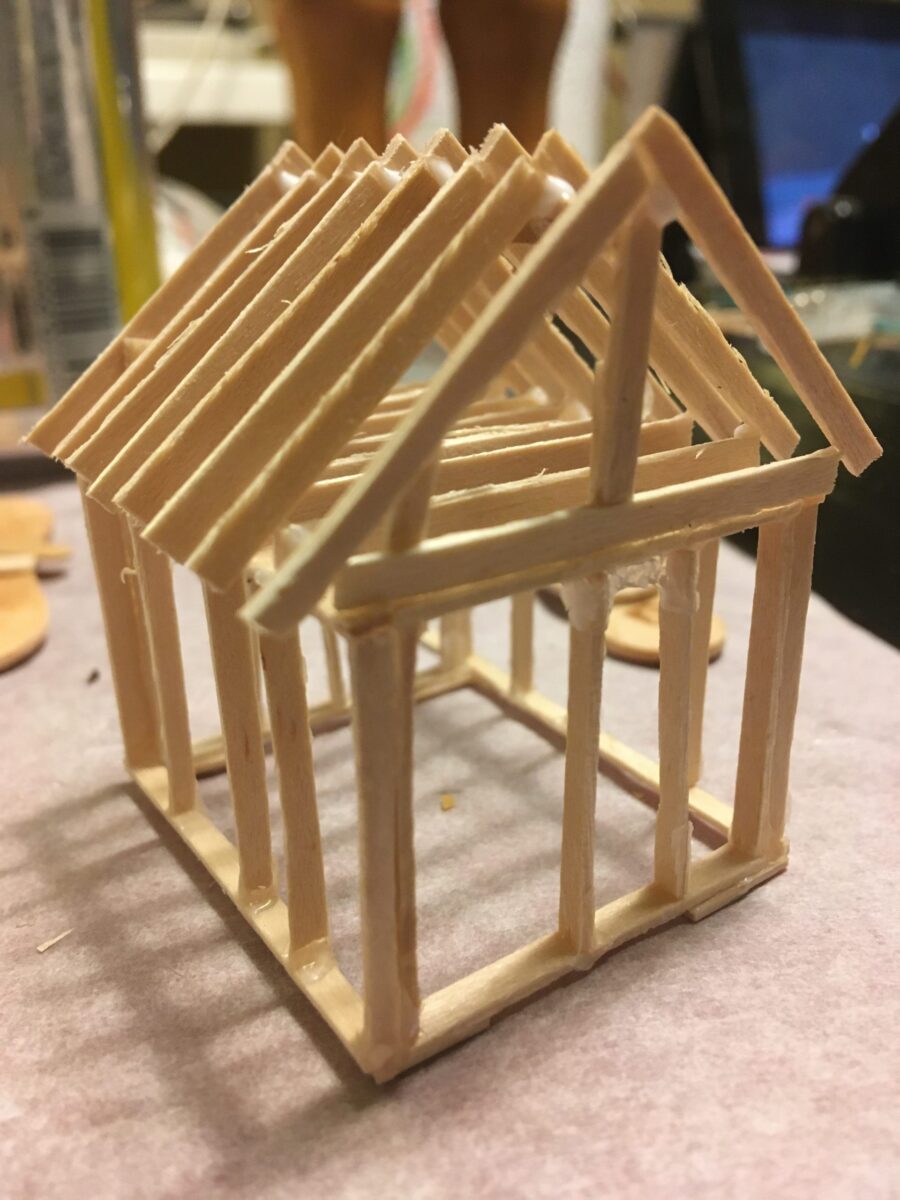 How you can use wonderful modeling

When you are blessed with an excellent comprehension of the actual space surrounding you, you might not think of making a model for one of your projects. However, whatever you plan to do, you may need the help of visual aides, to see if your visualizations add up to what you dreamed of. To convey your dreams and plans to the other members of your household. Or, you can use it to show your project in miniature to your contractor. All for a better understanding, to make sure what you imagine is clear to all eyes.

For example, when you make a model of the new bathroom you have in mind, this can be very revealing to see if your long wished cabinet under your wash basin might indeed fit as you imagined. Even what looks good to you on a drawing or in available three-dimensional projections cannot always depict the available space properly. Especially where the depth vision is somewhat forced. Modeling the space you have a plan for can be a helpful tool to understand the restrictions of the available space in a fun way. You start your project even before any hard labor is put in the physical redoing of the space you planned for.

Hence, you might come aware of any advantages and disadvantages of your wished design ahead of the work that needs to done. 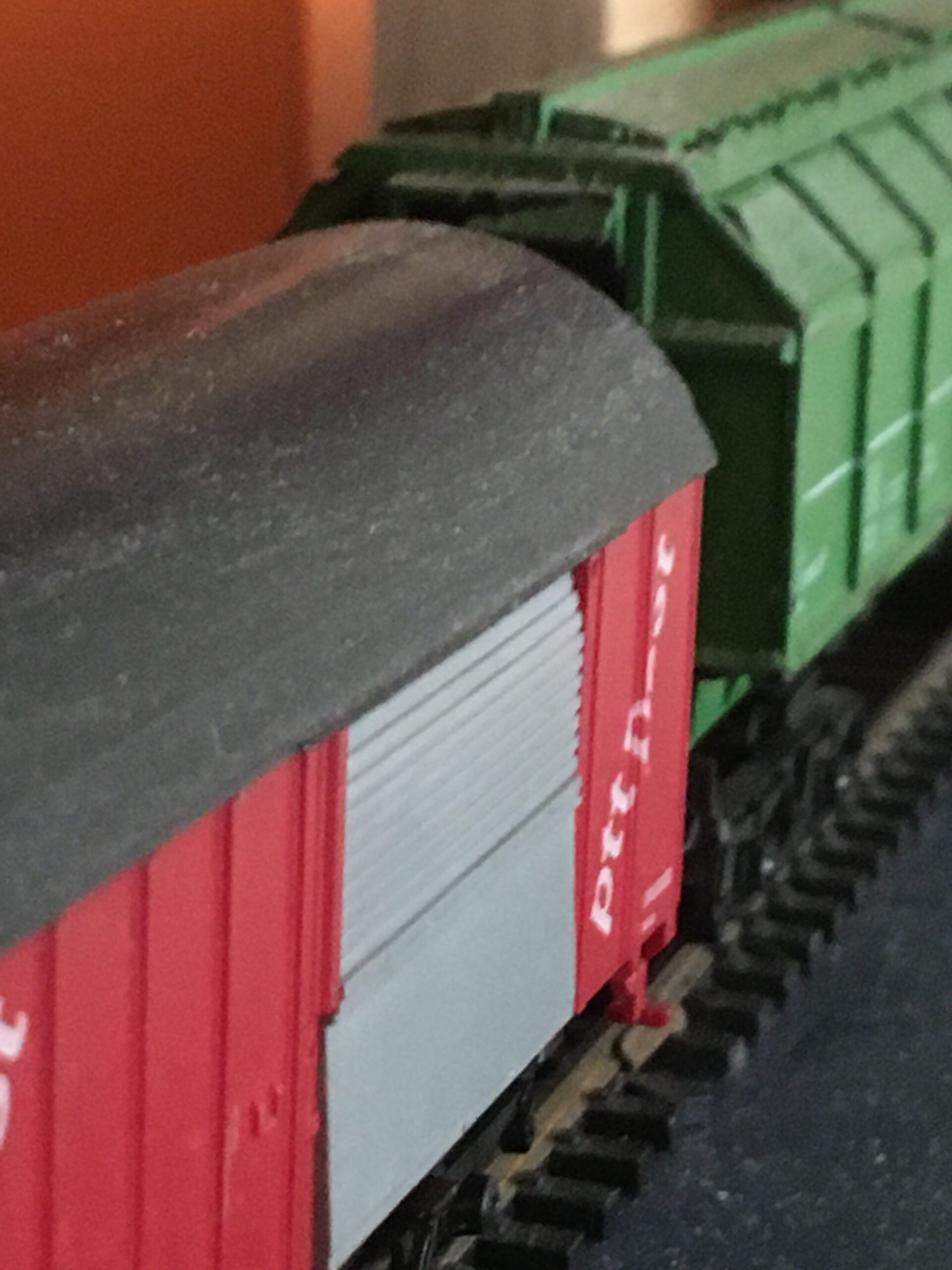 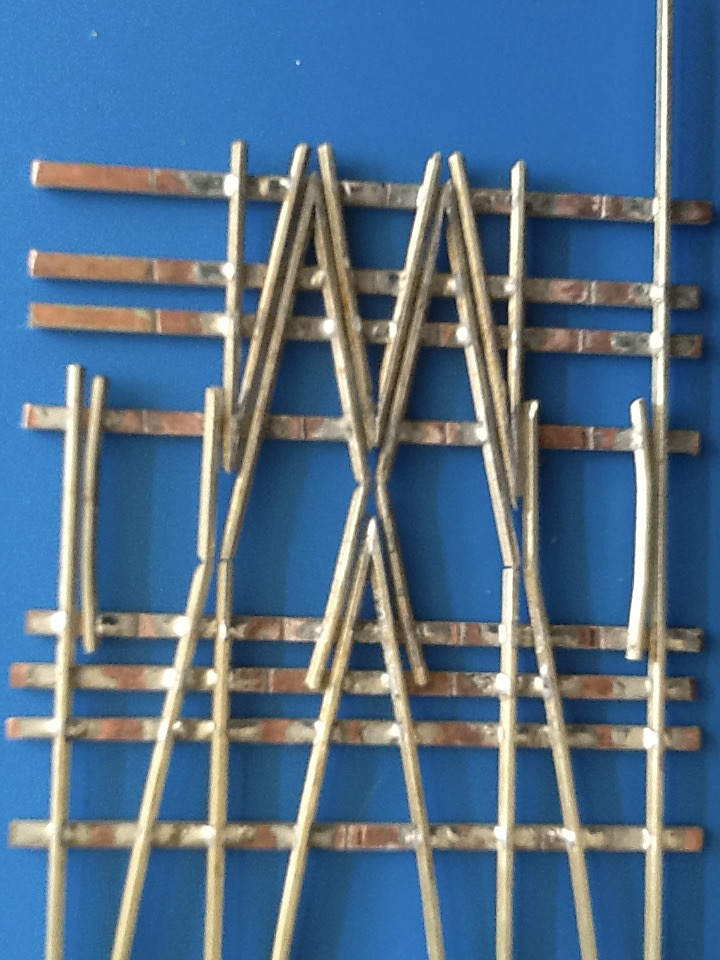 The first introduction to making models in my family home was when the old train set of my nearest older nephews was gifted to me and my brother. Most of those models arrived ready built at our doorstep. Some however, needed a repair here and there.

That’s where my fascination began. At first my brother and I repaired the buildings we received and we soon bought some new kits to glue together. Kits of course have their limitations, especially when you just build them to the design of the manufacturer. However, glueing your kits can be as much fun when you build your first ever models.

However, in my humble opinion modeling becomes extra fun and interesting when you start taking the next step in modelling. This is where you start tweaking the ready available designs of those kits. First, you might just add some extra details like benches or plants, to make the model look more alive. Next, you will start to make ‘m yours by your very own hands.

Before you know it you start tweaking the model to your needs and dreams, or that what you want to depict. When you start constructing kits according to your own plan. You will start cutting off walls. Or you might put in extra windows or doors. Just like in the real world, your house will look different than those of others. Consequently, you can also leave out pieces from the kit and replace them with others. All to give your models the character you wish for and how you want to depict this part of your imaginative world. This tweaking of kits is called ‘kit-bashing’ inside the modelling world.

Other info on modeling

On the internet and in books you can find thousands of pages on the different aspects of modeling. They will explain you the differences of scales, gauges and other subjects have been explained in detail, from all kinds of different angles. 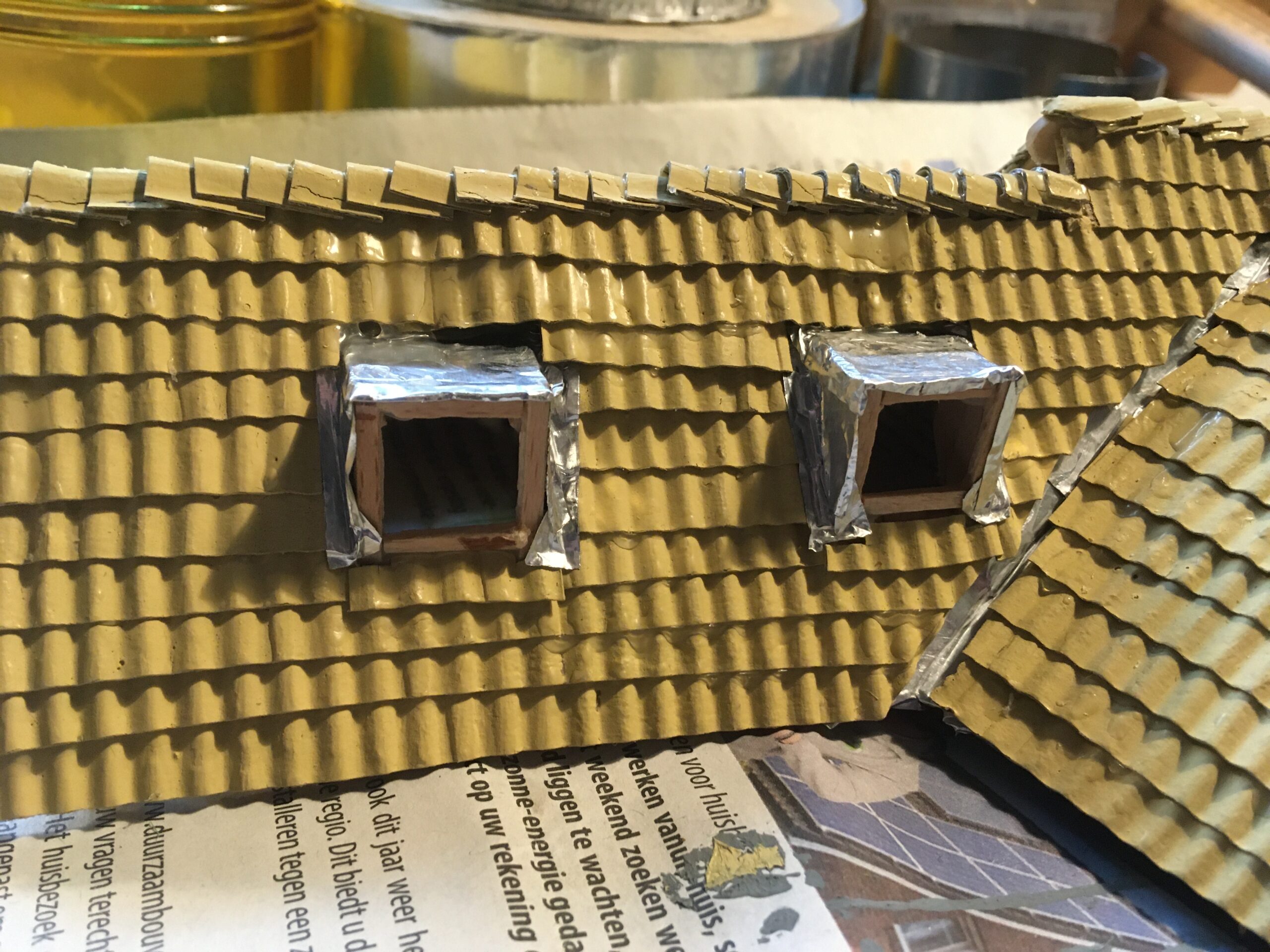 Particularly, after I had been set back physically, due to an accident. Modelling to me became a tool to maintain and up my skills with.

As a former plumber soldering was one of the favourite jobs of my trade. Modelling one’s own model railroad track requires a great lot of skill, comparable to the fine soldering techniques a jeweler may use.

Saying goodbye to the former trade was a slow process, which in my case can best be compared to mourning.

Nevertheless, finding back modeling provided a renewed outlet to express those skills in fine detail.

Wherever you are, or wherever you are in your life, to know what is considered to be a hobby, may assist you finding your skills back is indeed something beautiful.

Our take, our world, your take, your world

WONDERHOUSE wants to invite you into the world of modeling in its bearing of building your own microcosm.

Whether you start to make actual models, dioramas, dollhouses, trains, cars and their layouts. They all are depictions of how your eyes see what is around you. They all are your little works of art. Sometimes you will see the need of making tedious efforts to display even the smallest details. Otherwise just for your fun of building, or to become parts of your collection. 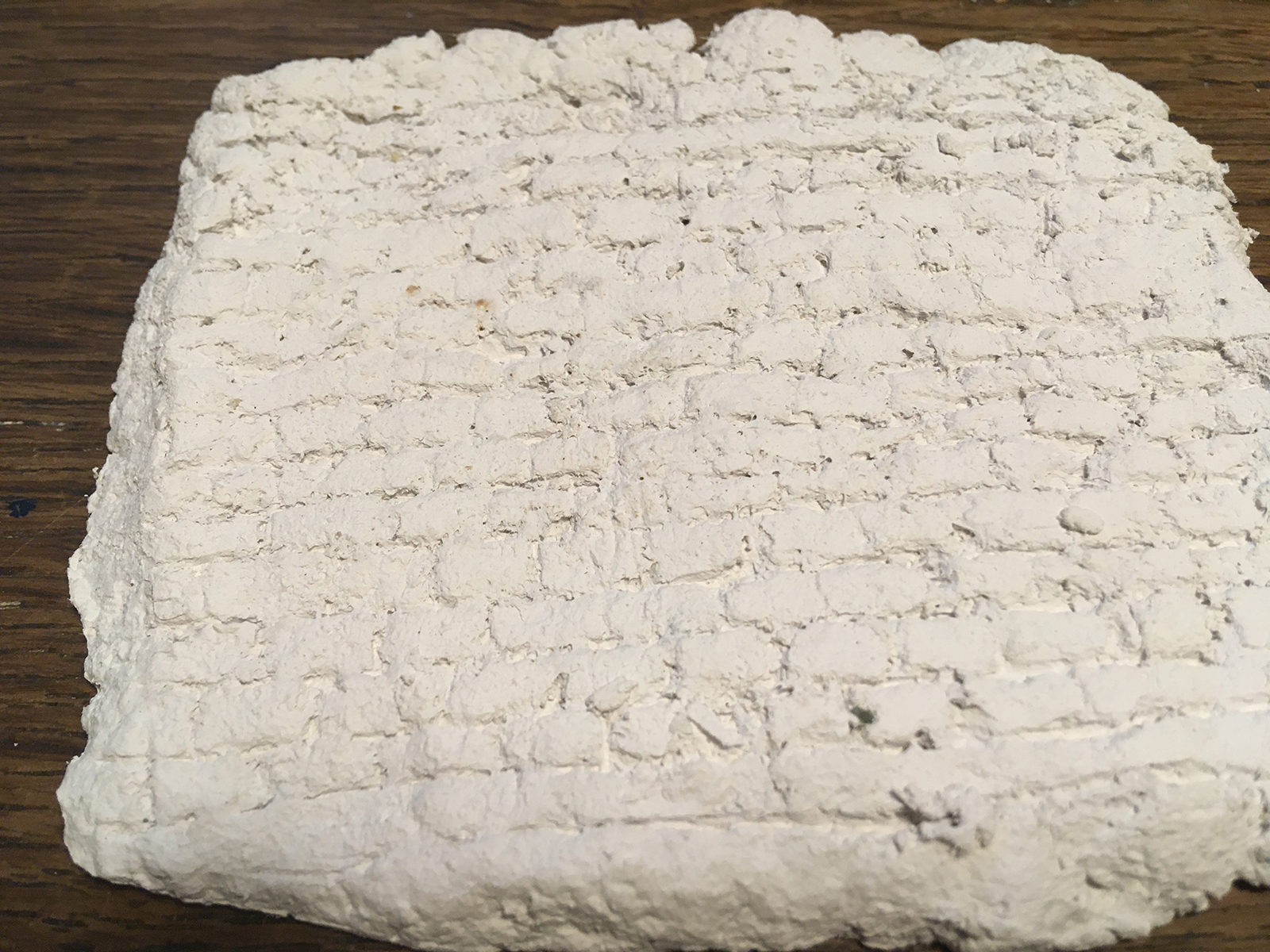 The zen part of modeling

To me, modeling is a process to also incorporate whatever trash our household produces and look how it can be used for modelling. Whether it is small woodwork, using metal sheets made from old cans, applying plastics, they all require their particular skills.

Through a different use of my fine motor skills, my modeling hobby added to the physical therapy offered in the rehabilitation program, I followed to get back on track. It very much helped me to readdress the attention my physical setback demanded. Whether it surfaces still daily or on an otherwise regular basis.

Today modelling to me is another way to take a break from daily chores and tasks. Wonderful modeling is meditative and requires its very own level of focus of my particular being which suits my somewhat autistic personality very much. 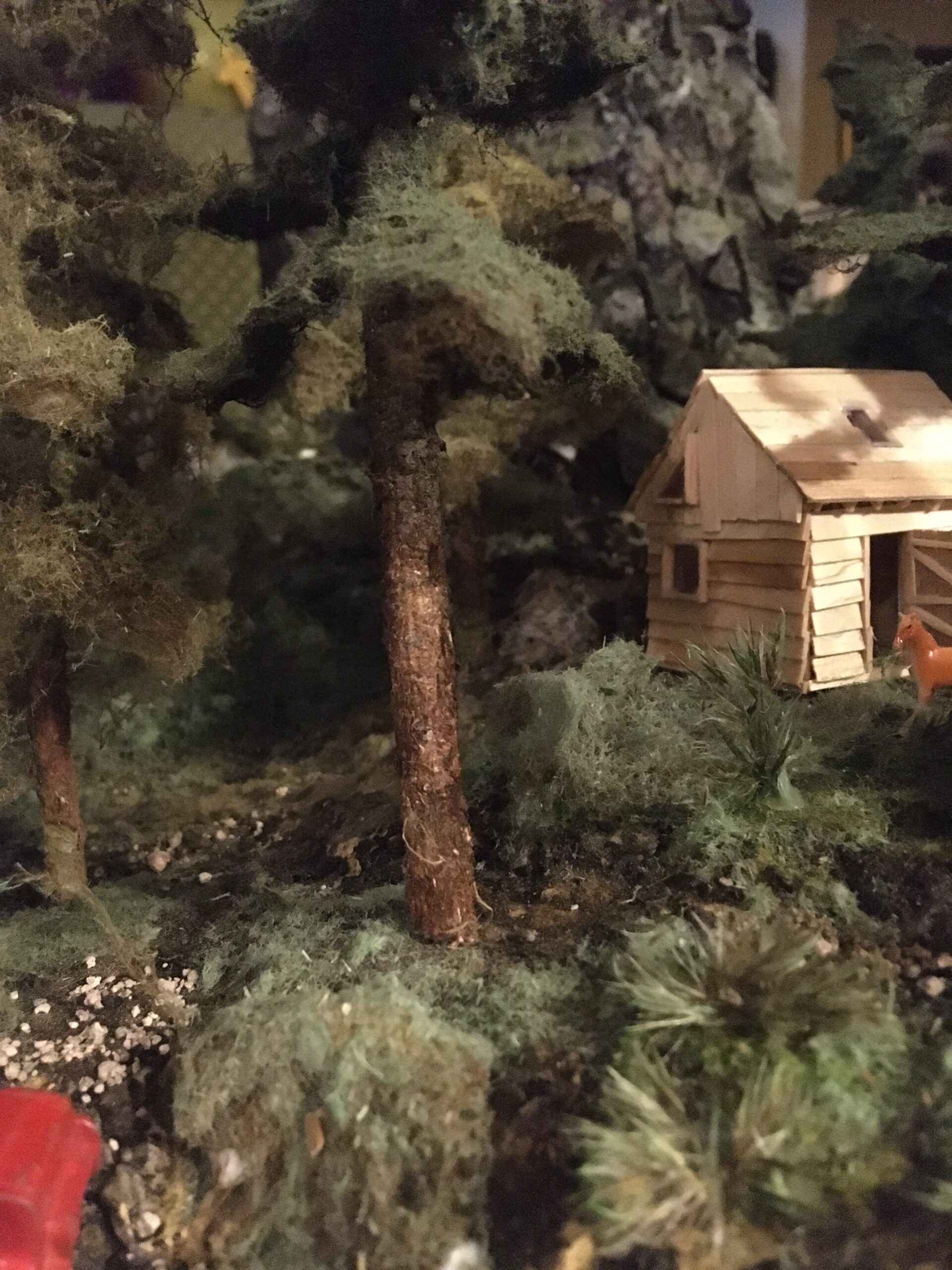 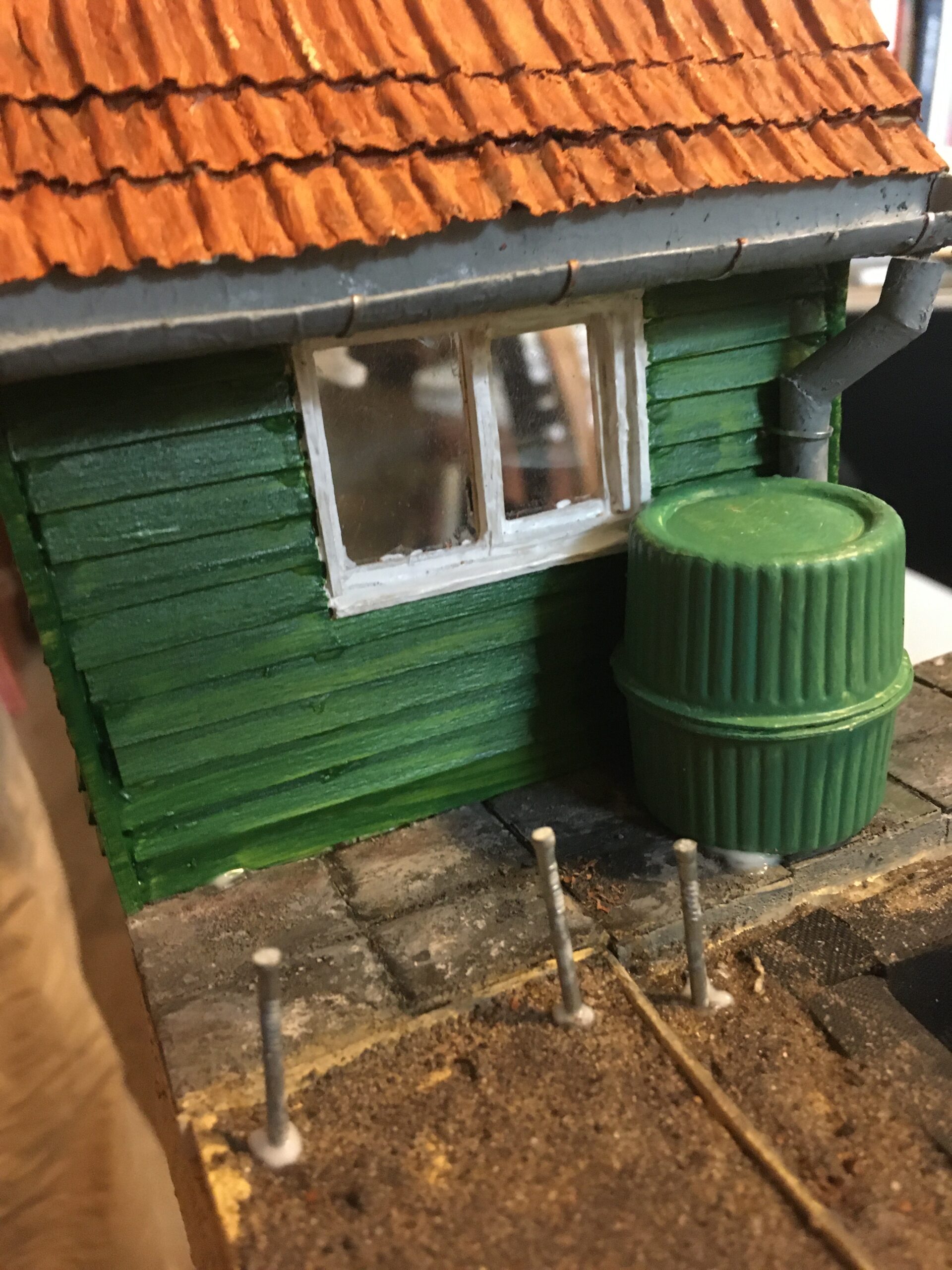 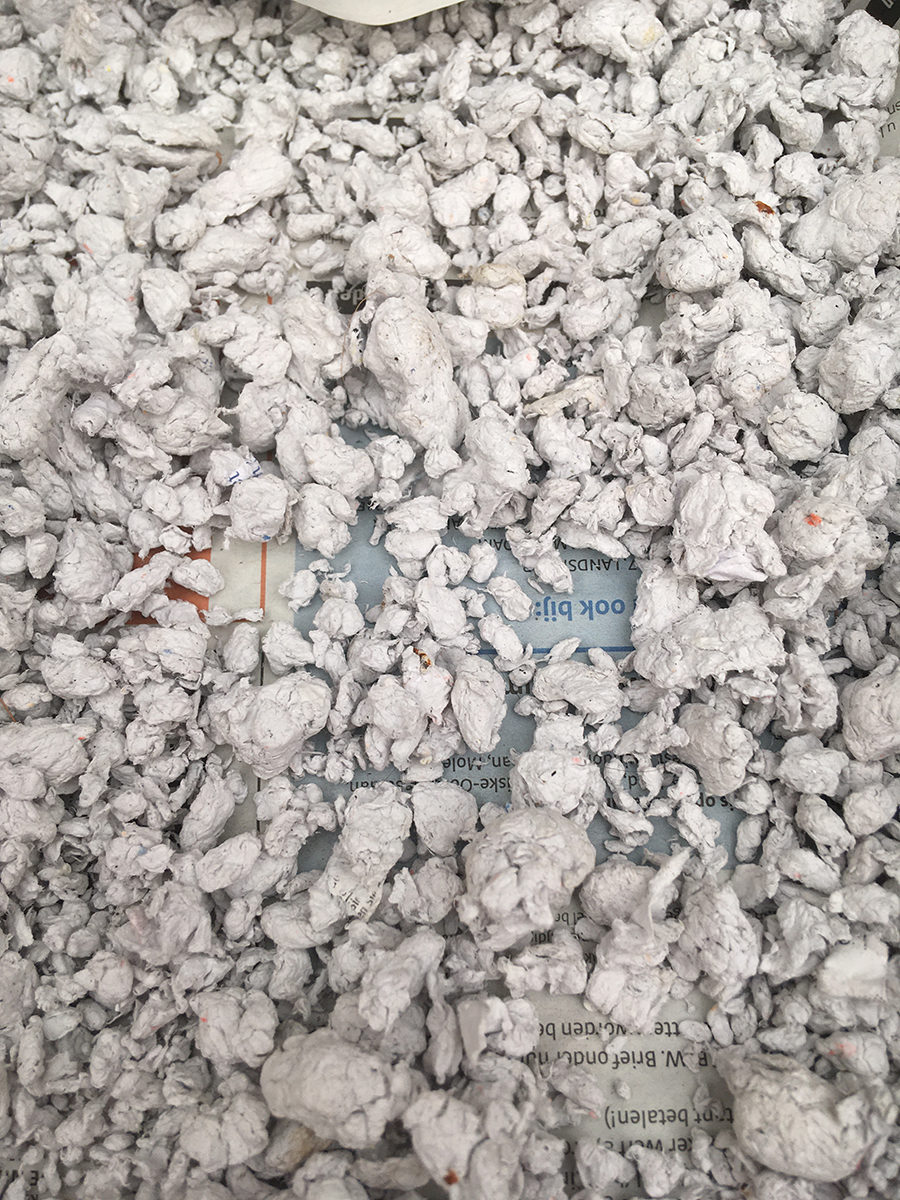 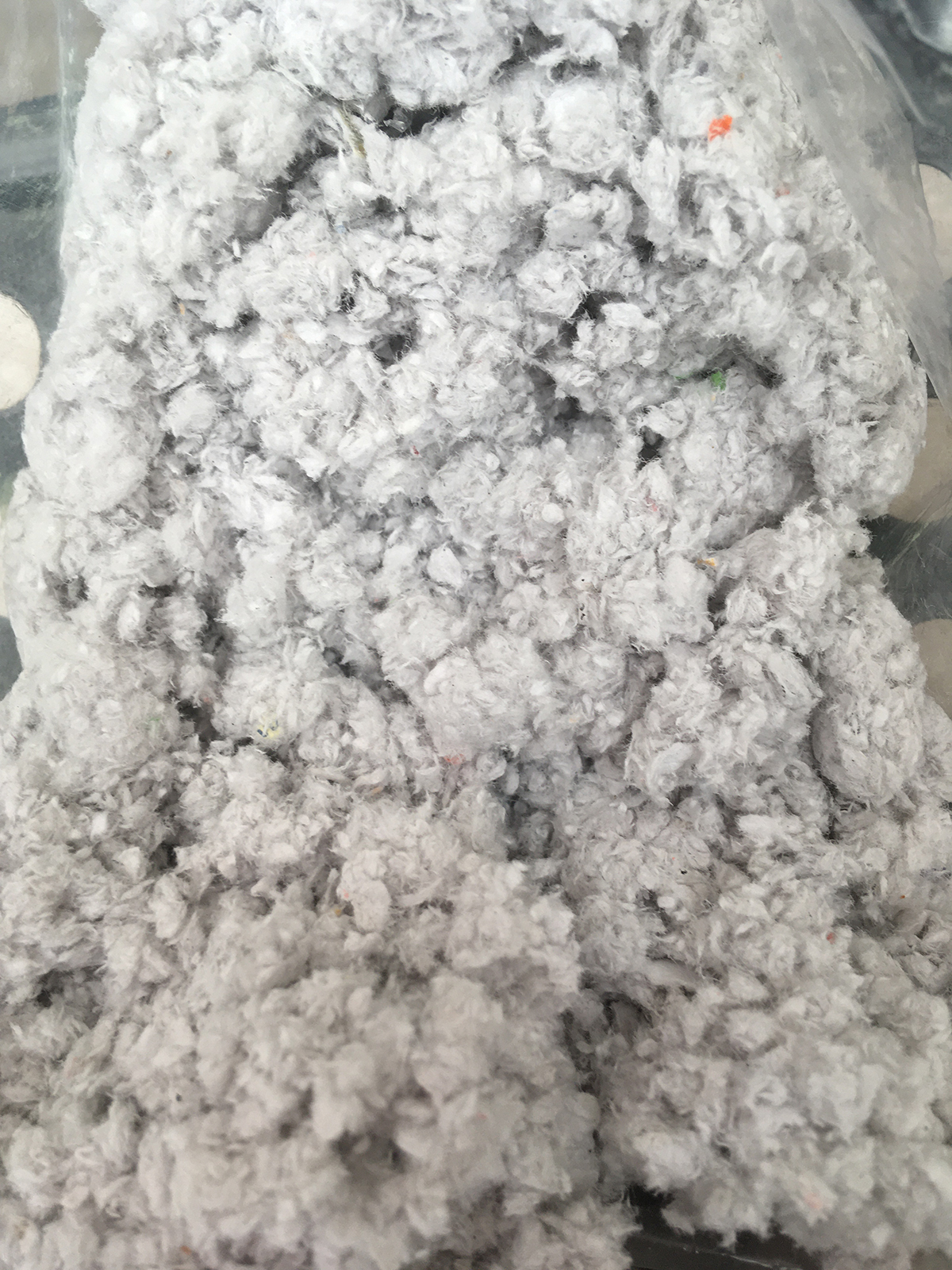 So, when I got reacquainted with modeling, it already started very different from the perspective of models as a toy, or just the hobby. It became an integrated part of my daily therapy.

Therefore, when I also went back into reading about the modeling. It might not astound you I was more than pleasantly surprised when I found out modelling is actually used this way to help others.

I became even more inspired when I heard the NMRA (National Model Railroaders Association) has indeed a  special program to help people cope or find back their way, after a setback, through modelling.

A ‘hobby’ as a tool to help people. How beautiful is that? 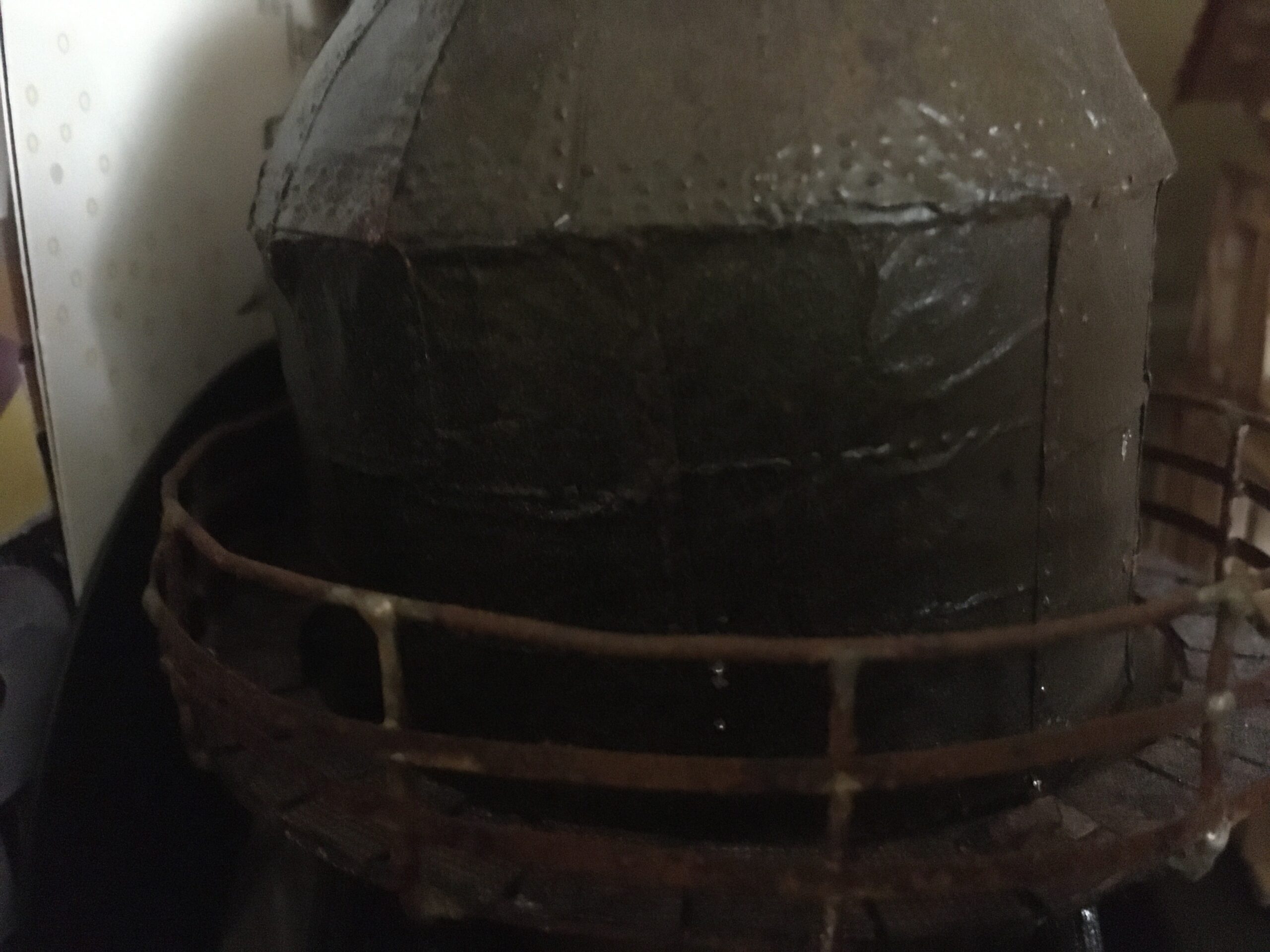 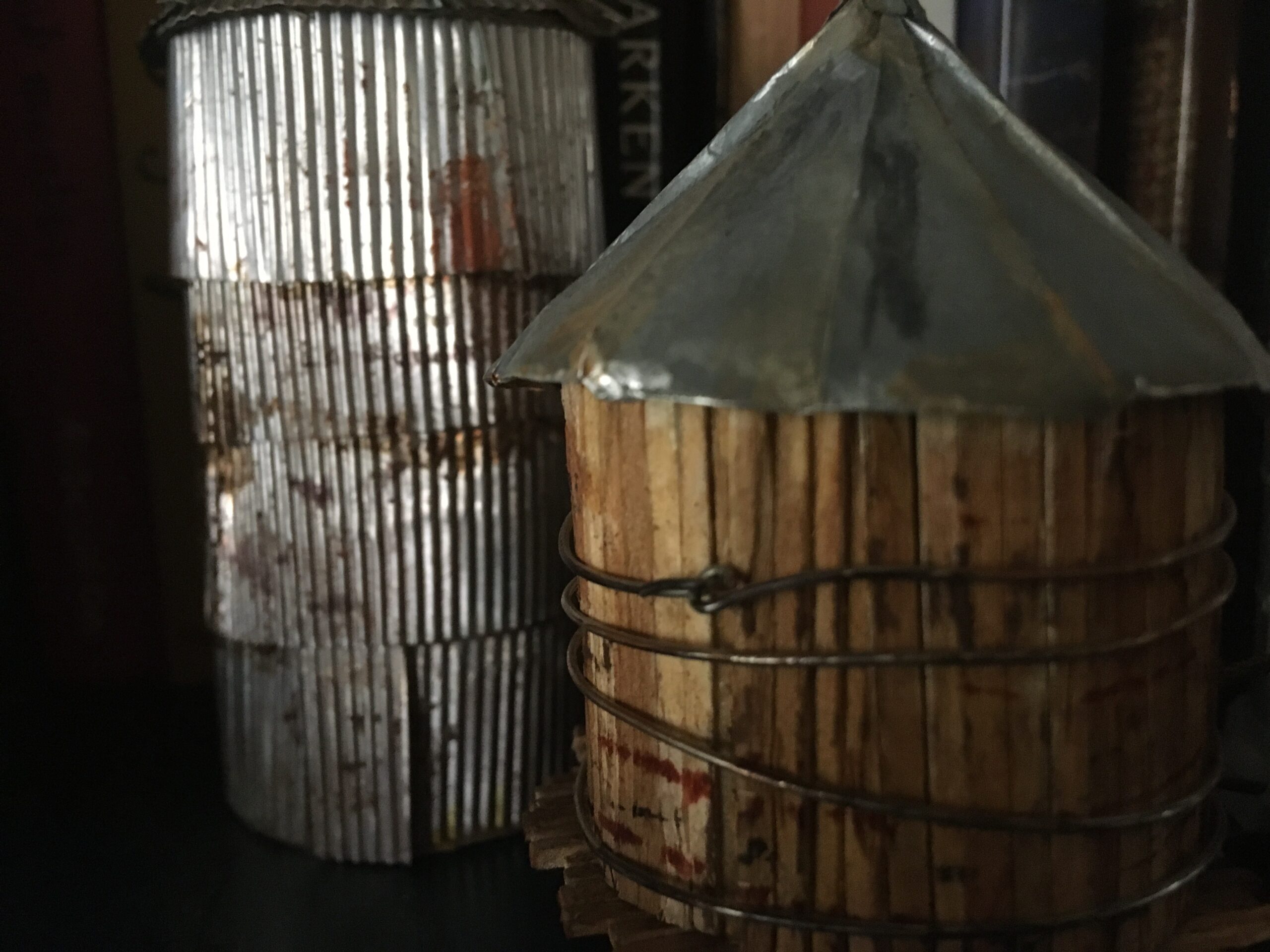 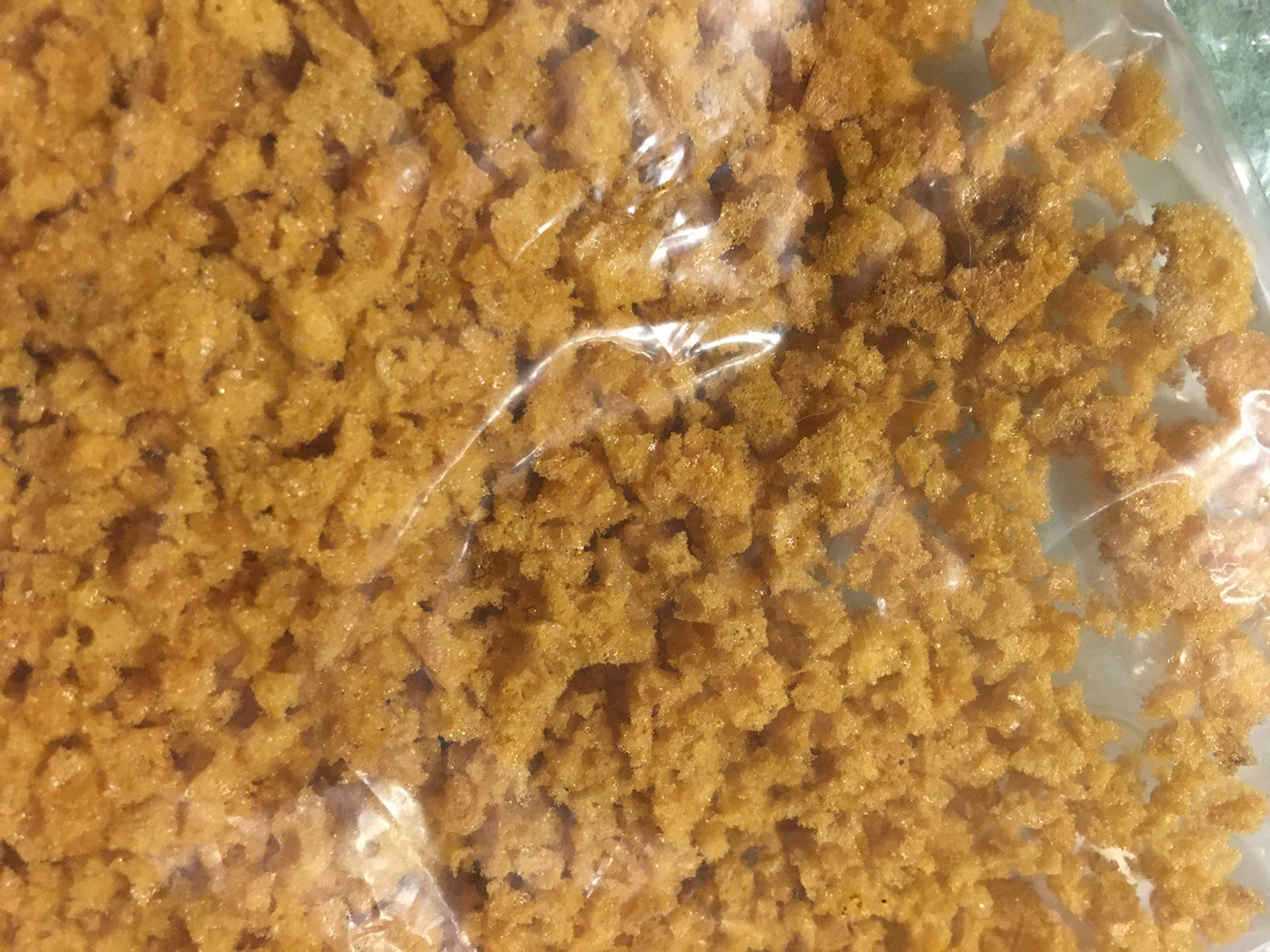 Build your own world

Through literally building your own miniature world, you discover new things about yourself. You discover new things about the world around you. Things you’ve never been aware of before. The talents you learned to ascribe to others might just as well be yours. Go explore these talents of yours for literally any purpose, whether hobby, just for fun, or a mockups for real life projects. 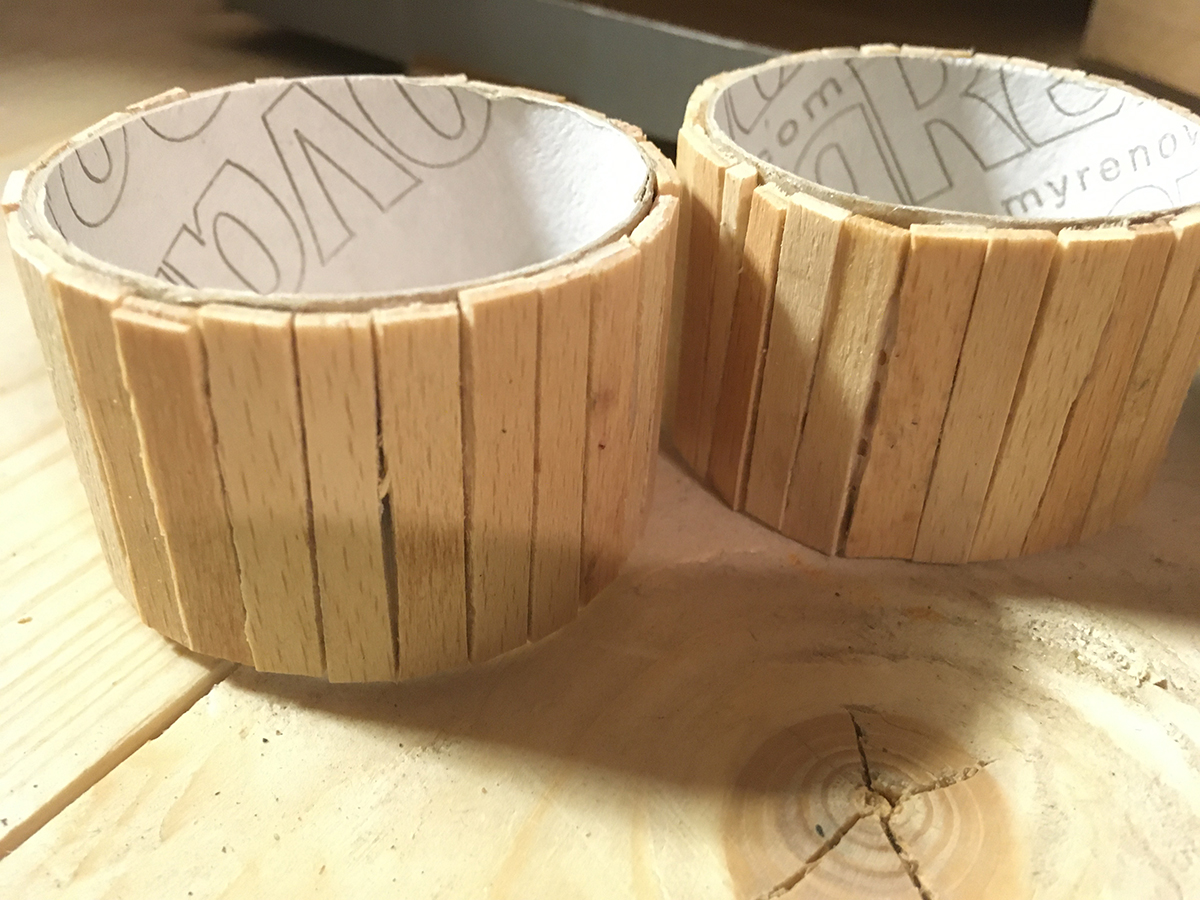 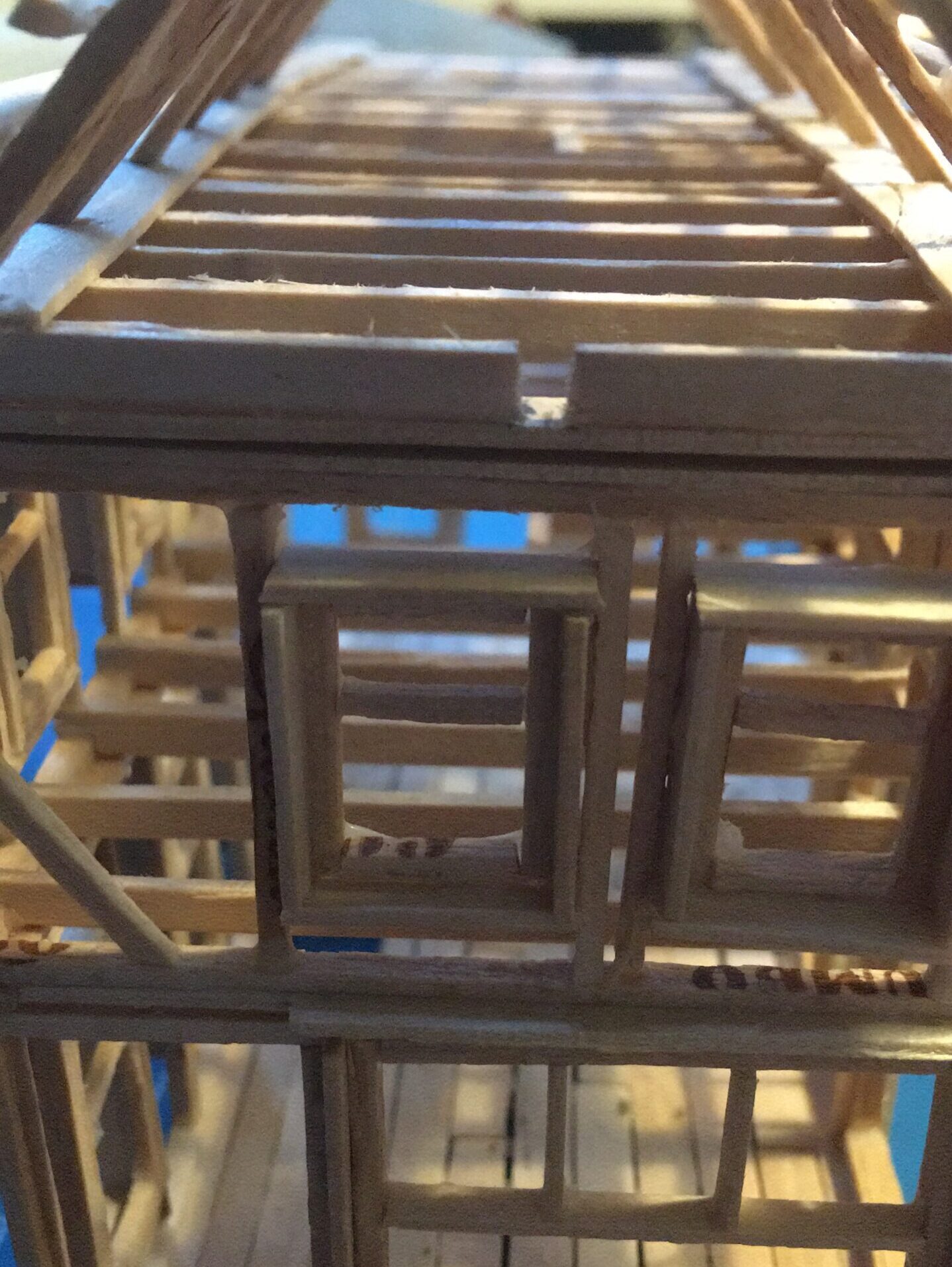 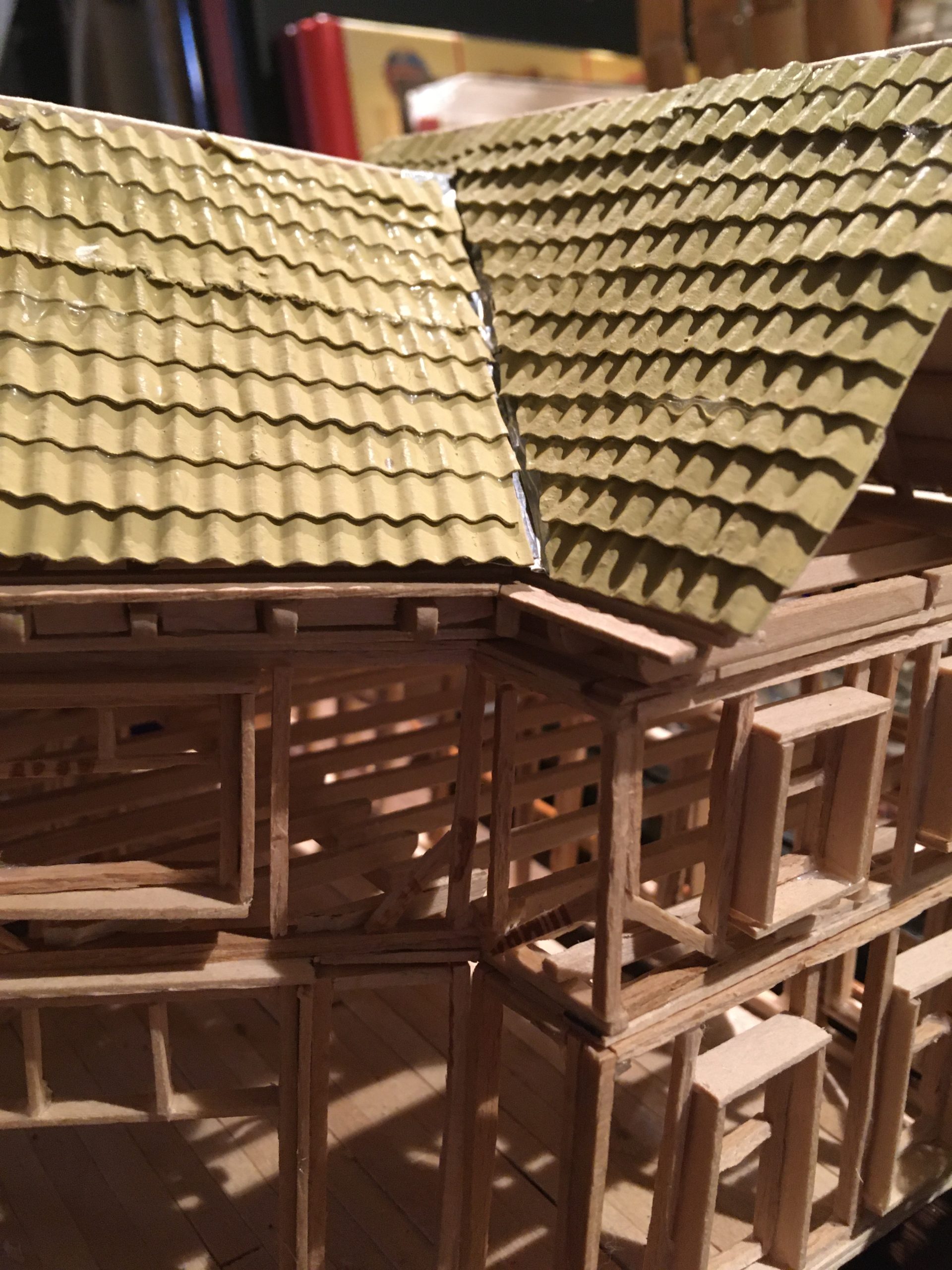 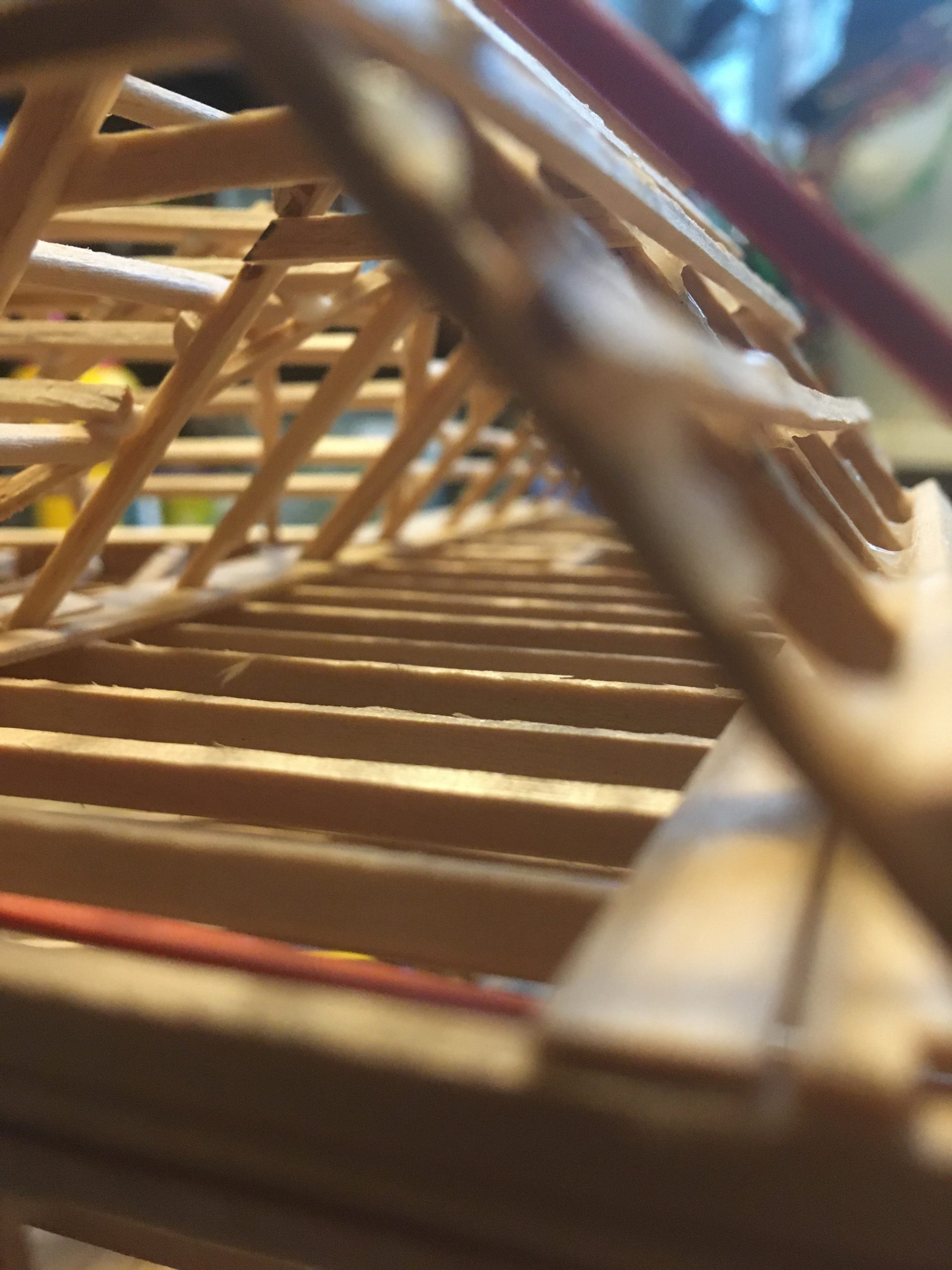 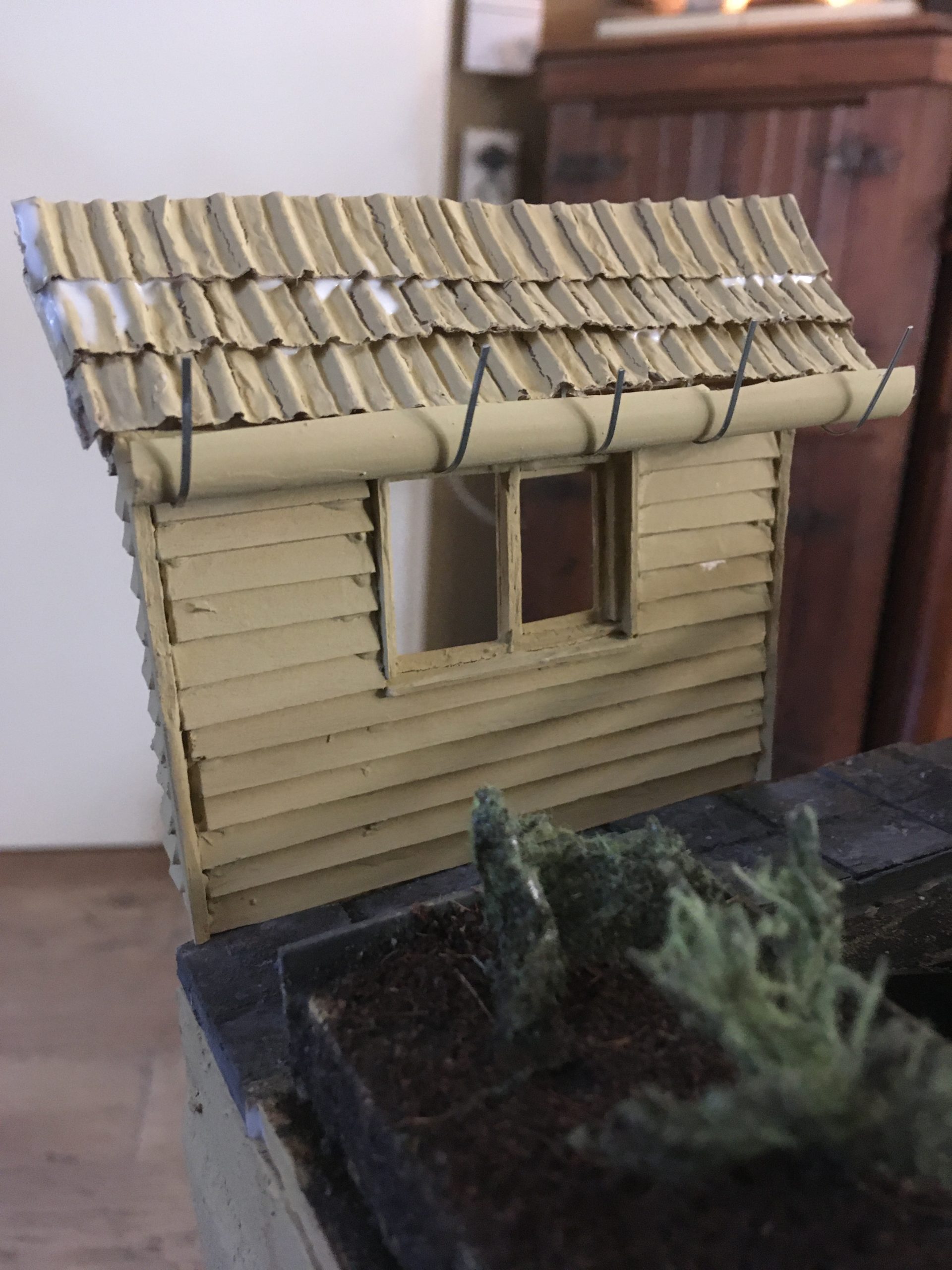 Whatever you wanna make

Well, I invite you to source these talents.

If you do it just for yourself, with your kids, or with your grandkids. They may just need a little help with a show and tell assignment for their class.

Might be you want to build a new shed, or an addition to your shed and you want to get an impression of how your idea is gonna look.

For interior decoration you can use the same process. 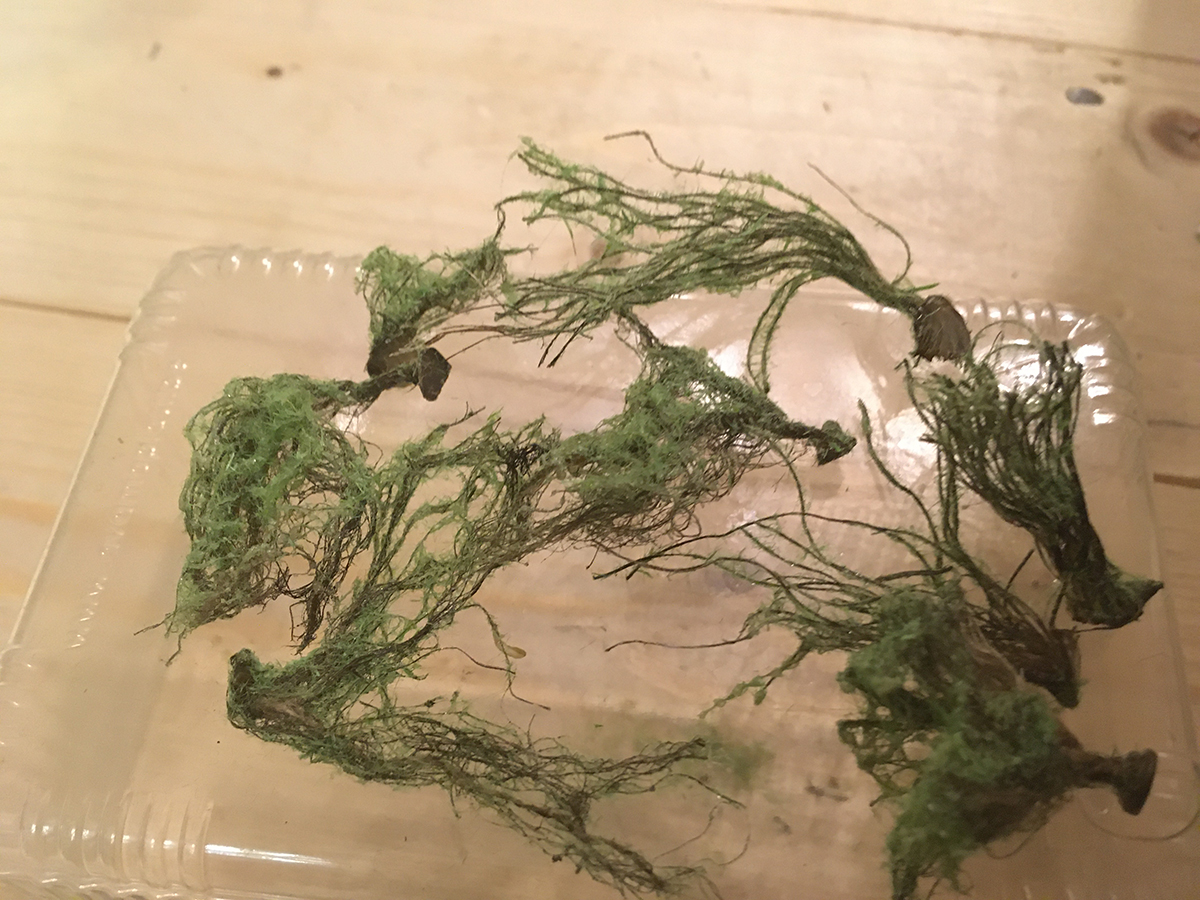 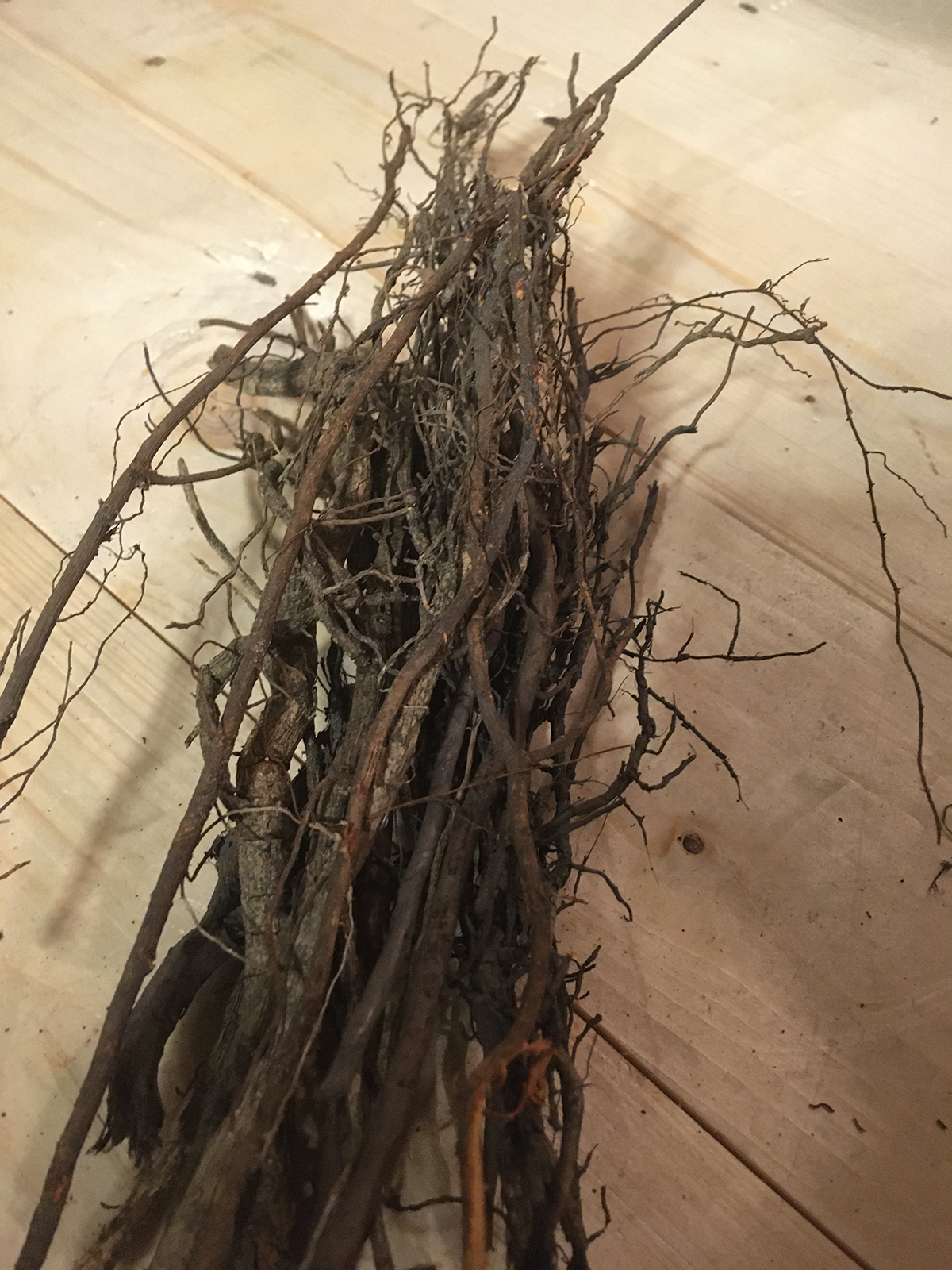 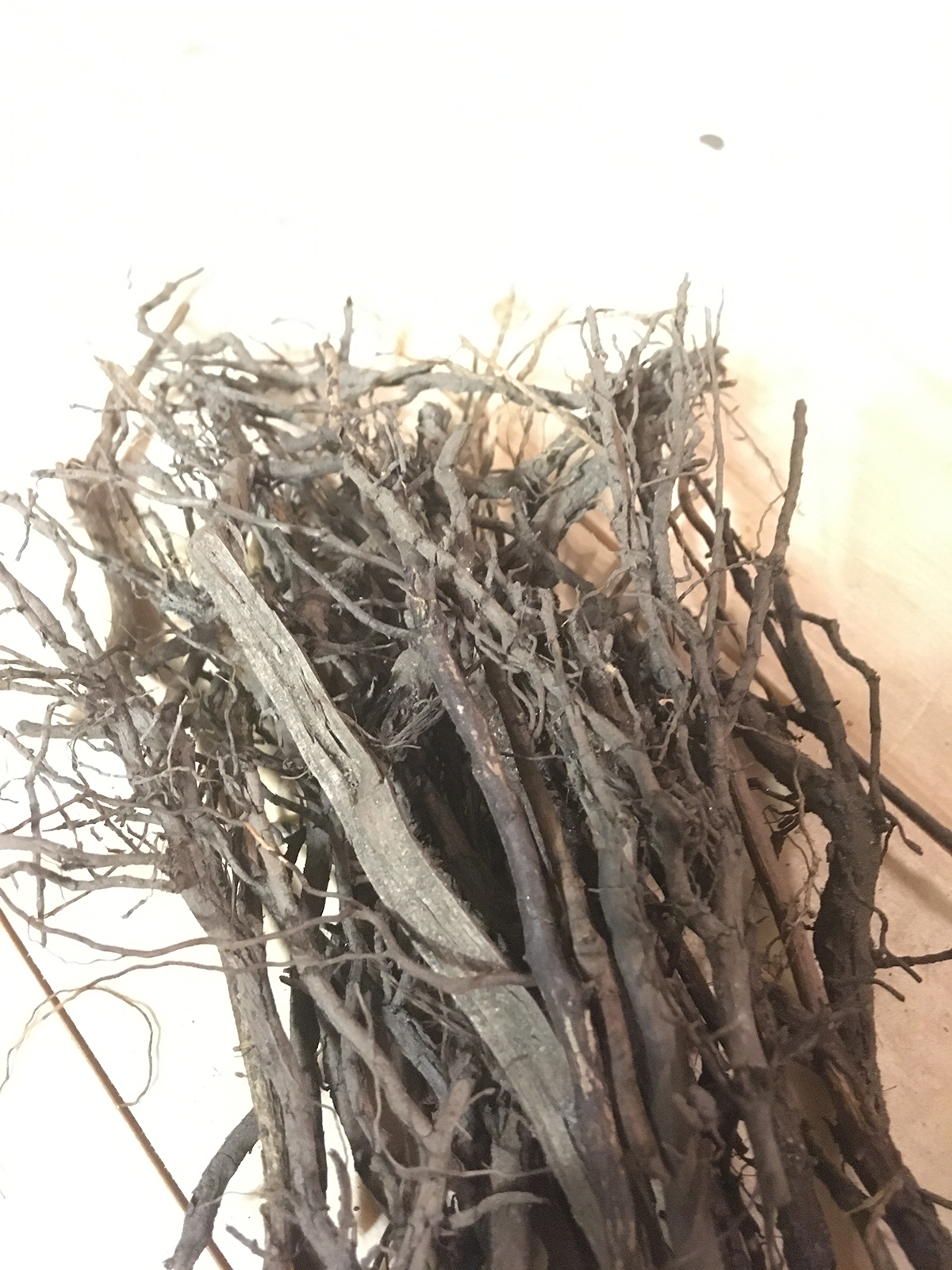 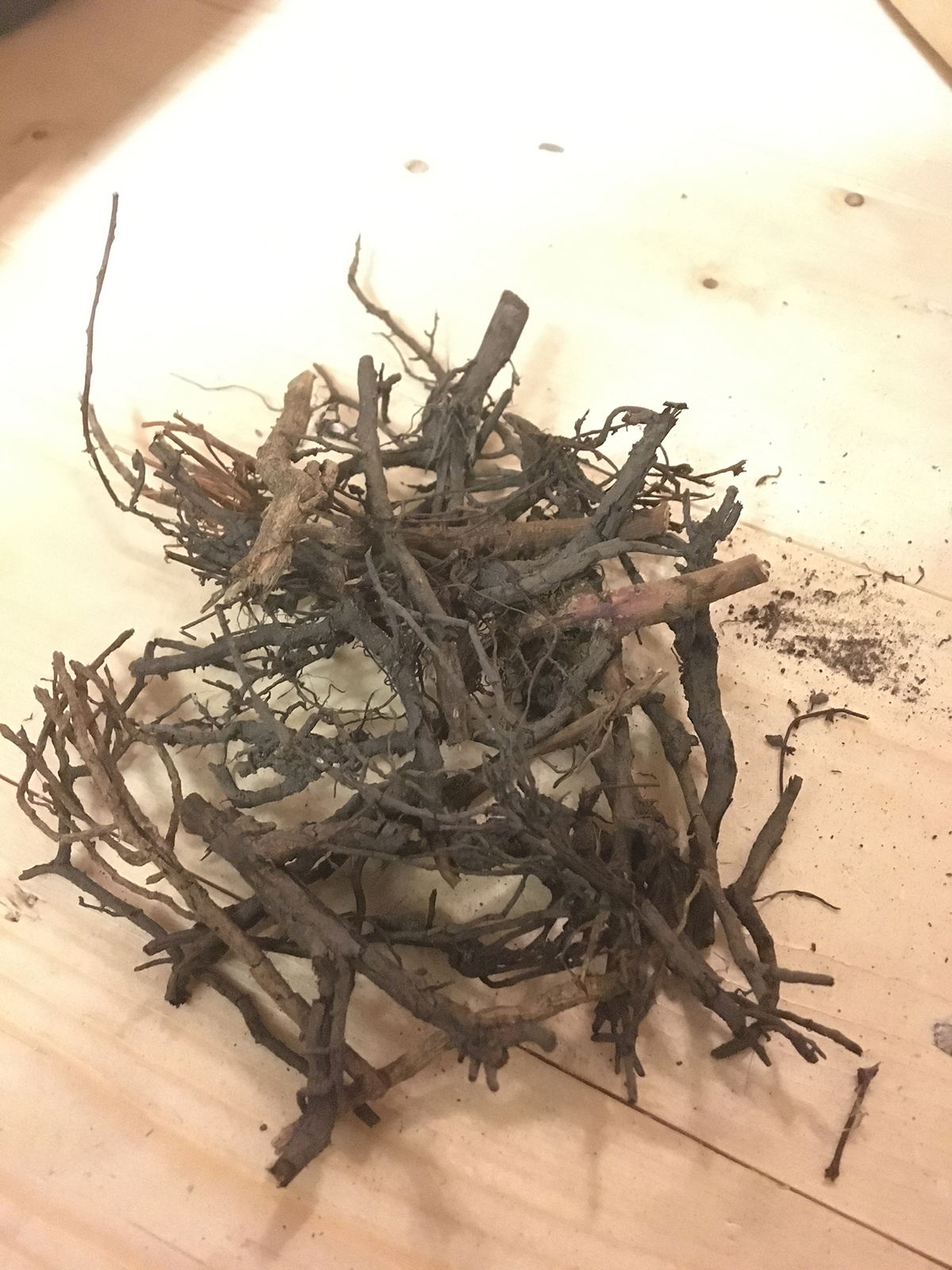 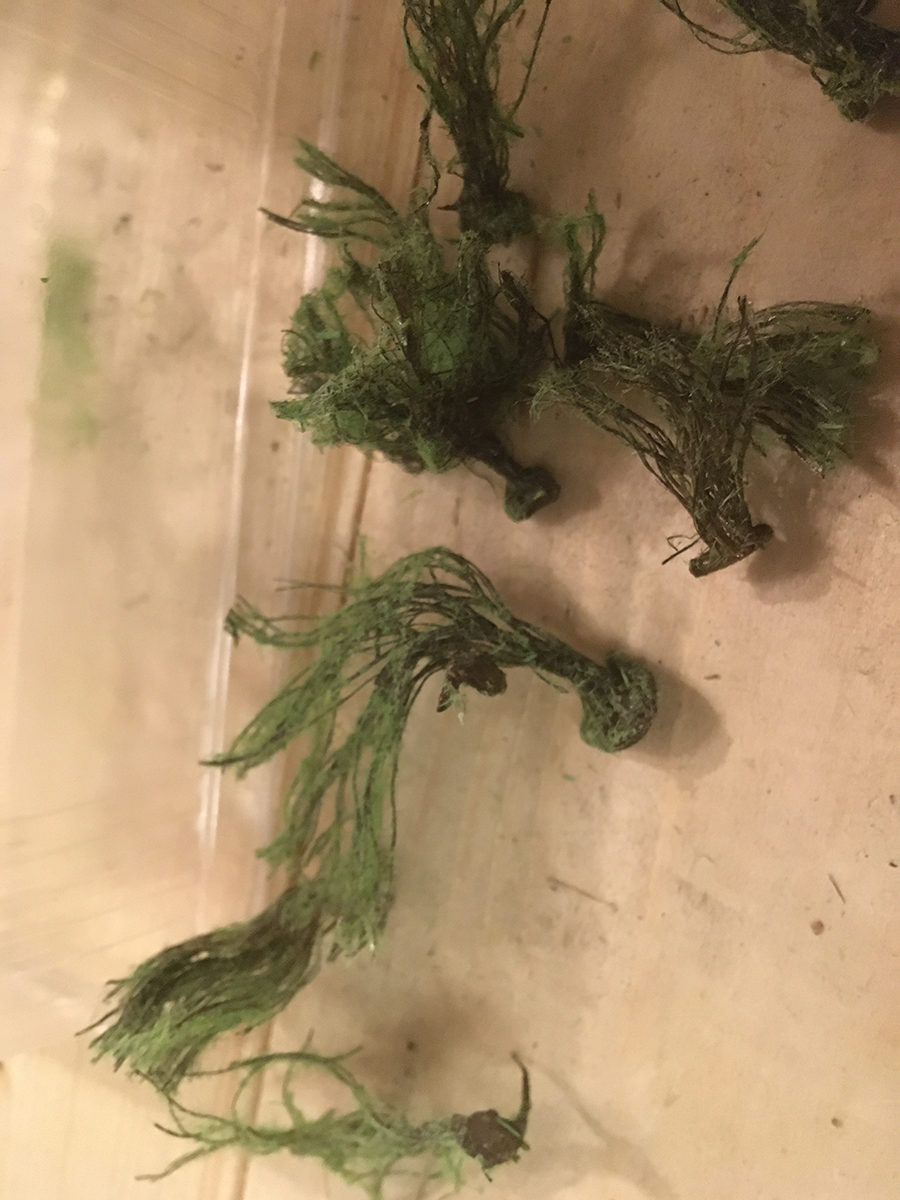 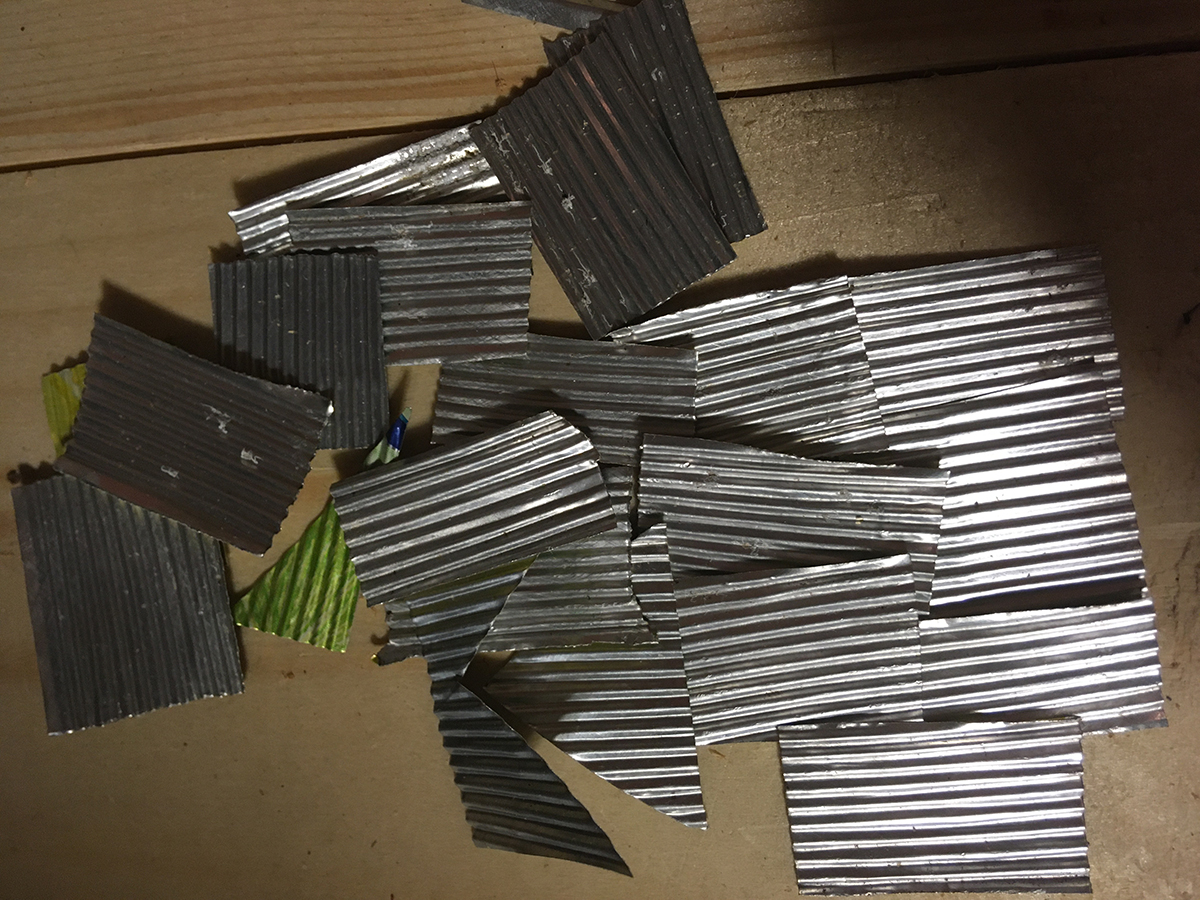 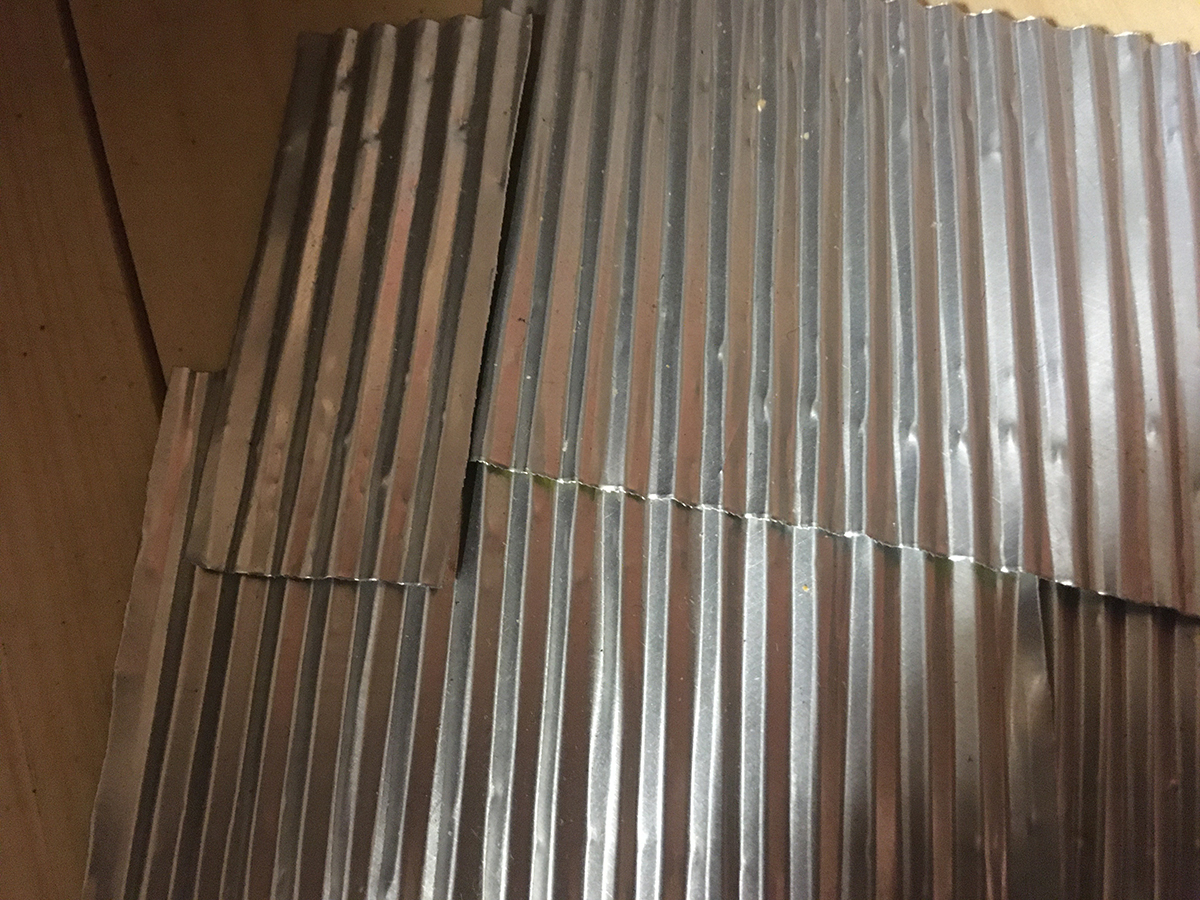